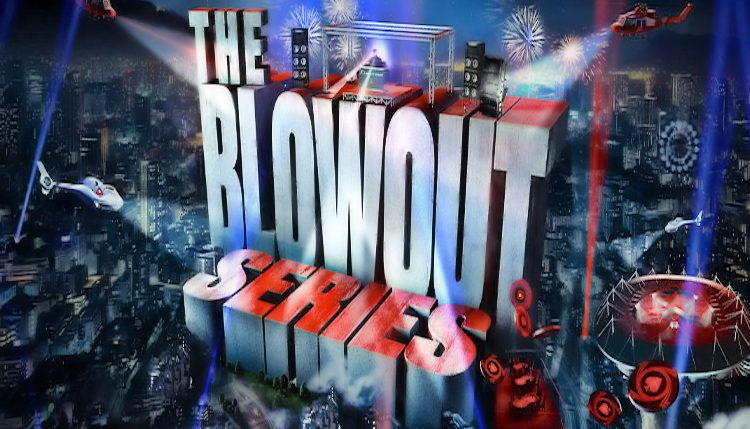 Pokerstars Blowout Series is out

The mega event of the Pokerstars blowout series is all set to take place on January 10, Sunday evening, and the first card to be out at 6:05 pm. It is going to be out of proportion for sure since The blowout series is going to see it’s the first card at that moment. It is going to feature an extraordinary amount of prize pool which is no less than $5 million as guaranteed. This is surely going to attract all the best players of all time of the world into the virtual world of Pokerstars. The buy-in is estimated at $530 and then you will be receiving 25,000 chips for the princely sum of yours and there will be a 20-minute clock.

Register for a PokerStars event

PokerStars is allowing up to three re-entries when the late registration period is going to get started and it is going to be open for 24 hours right till the initial stage of day 2. After the conclusion of the 17th level, there is going to be a tournament break which is going to be resumed right at 6:10 pm on January 11. Permission is granted to anyone and everyone who has managed to make it through Day 2, to grind till the last until there are only 16 players in total are left. There are definitely a lot of satellites for the event to be set up and they have their values starting right from $5.50.

However, this event has earlier been said that it has been on a run two times already. And in the $109 buy-in edition that took place on the 27th of December experienced that it actually didn’t go as per the plans of Pokerstars. Pokerstars needed an approximation of 50,000 players in order to surpass the $5 million guarantee amount but it could not touch even a close amount to $5 million since buy-ins were of only 37,673. The PokerStars were left behind to aid the situation of an overlay in which they put up in excess of $1.2 million which has been huge to date in the poker world held online.

Who was the winner

The winners were “pilla” who managed to secure the first position and got a whopping amount of $381,173 in his bank whereas “n3kt” got a total amount of $260,164, “ leonardoc01” somehow surpasses “n3kt” and earned a lot more than him and his total was of $342,876 and last but not the least Jack “JBHInfinity” Hardcastle could on-edge got hold of the $270,763 prize. However, the same kind of event named “ The $215 buy-in edition” took place the exact next week and on the contrary, seemed to perform quite better than expected. A total of 31,855 entries was recorded which intended on creating a prize pool of $6,371,000. It did end in a deal between the players and poker but it was better than the previous one since it was a six-handed one. Upcoming events are expected to perform well enough and many notable players seem to be interested in them.